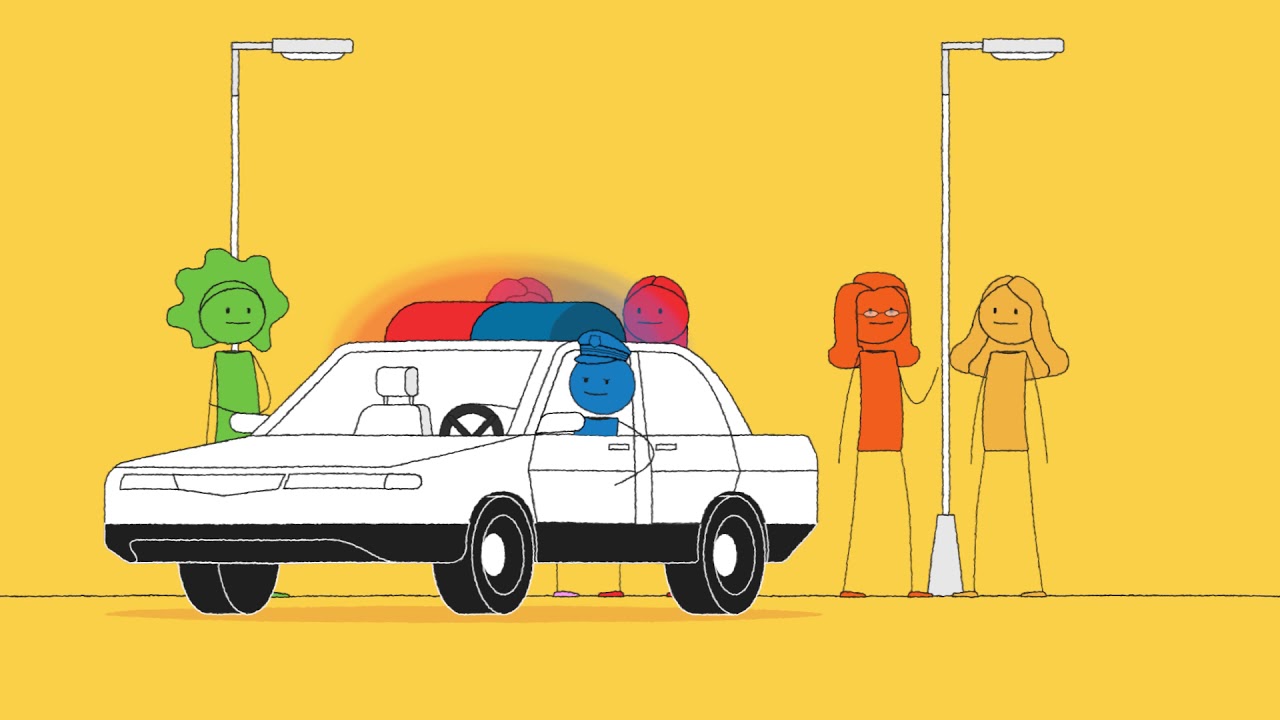 Loitering for the Purpose of Prostitution (LPP) is a violation or misdemeanor in multiple states and municipalities across the U.S. Statutes often define the charge generally as wandering, remaining, or spending time in a public space1 with the intention of committing a prostitution offense or promoting prostitution.2 Behavior indicative of this “intent” includes beckoning and attempting to speak to or stop pedestrians or passing motorists.3

LPP is a discriminatory statute used by law enforcement to profile and harass individuals based on their race, gender, and/or stereotypes of what a prostitute looks like. Laws that prosecute intent — rather than action — allow law enforcement to enforce violations at their discretion, threatening equal protection under the law.4 As “stop-and-frisk” policies have been used to profile Black and Latinx New Yorkers, LPP gives law enforcement an avenue to exercise discriminatory profiling of transgender and cisgender women of color.

The history of the criminalization of LPP is one of discrimination and discretion used to target and control low-income women. The Chamberlain-Kahn Act of 1918, also known as the American Plan, implemented a public health program with the stated goal of combating the spread of sexually transmitted infections amongst soldiers in the United States during World War I. In this “Forgotten War on Women,” the Chamberlain-Kahn Act allowed for the arrest and imprisonment of any woman who could be “reasonably suspected” of having an STI. A disproportionate number of those arrested were working-class women and women of color who were viewed as “a threat to soldiers’ moral hygiene.”5

Under the American Plan, transgender and cisgender women were arrested and given invasive exams on the basis of poverty, racial profiling, rumors of prostitution, their dress being perceived as “morally questionable,” or simply walking alone in the wrong place at the wrong time. These exams were used as a pretense to convict women of prostitution and send them away for "rehabilitation.” The Chamberlain-Kahn Act continued to be enforced through the 1970s.

Bias in Enforcement of LPP

LPP laws, and loitering statutes in general, have been used to target people of color, transgender individuals, and those with previous convictions for occupying public spaces.

Defendants across the country are overwhelmingly women, both transgender and cisgender. The specific focus on transgender women, and the impact of these laws, has been well documented. The Sylvia Rivera Law Project, based in New York City, found that 80% of their clients who identified as transgender women of color had experienced police harassment or false arrest based on suspicion of prostitution, often resulting in a conviction. The frequency of these experiences has led to the informal labeling of LPP as a ban on “Walking While Trans” in New York state.

Like other laws that contribute to profiling for low-level offenses, LPP contributes to the revolving door of involvement in the criminal justice system. Individuals arrested once for a specific crime are then targeted over and over again as a result of their record.6 The NYPD Patrol Guide allows police officers to use “the suspect’s location, conversations, clothing, conduct, associates, and status as a ‘known prostitute’ to establish someone is loitering for the purpose of engaging in prostitution.”7

Police Accountability and the Need for Reform

Loitering for the Purpose of Prostitution is a tool for discrimination rather than community safety. Loitering laws give police permission to profile, harass, and arrest individuals for non-criminal activities. As with stop-and-frisk and other loitering charges, individuals are not arrested for what they are doing, but who they are.

________________________
1 For example, see Loitering For The Purpose Of Engaging In Prostitution, NJ Rev Stat § 2C:34-1.1 (2016), available at https://law.justia.com/codes/new-jersey/2016/title-2c/section-2c-34-1.1/. Under New Jersey law, LPP is prohibited in any "public place," defined as any place to which the public has access, including but not limited to any public street, sidewalk, bridge, alley, plaza, park, boardwalk, driveway, parking lot or transportation facility, public library or the doorways and entranceways to any building which fronts on any of the aforesaid places, or a motor vehicle in or on any such place.
2 “Loitering,” Cornell Law School, Legal Information Institute, accessed June 18, 2020, https://www.law.cornell.edu/wex/loitering.
3 Loitering For The Purpose Of Engaging In Prostitution, NJ Rev Stat § 2C:34-1.1 (2016).
4 Eileen Divringi, “Public Safety or Social Exclusion? Constitutional Challenges to the Enforcement of Loitering Ordinances,” DePaul Journal for Social Justice 8, no. 1 (Winter 2014), https://via.library.depaul.edu/jsj/vol8/iss1/2.
5 Kim Kelly, “A Forgotten War on Women,” review of The Trials of Nina McCall: Sex, Surveillance, and the Decades-Long Government Plan to Imprison “Promiscuous” Women, by Scott W. Stern, New Republic, May 22, 2018, https://newrepublic.com/article/148493/forgotten-war-women.
6 “Loitering for the Purposes of Prostitution: New York State,” Sex Workers Project, September 30, 2016, https://sexworkersproject.org/downloads/2016/20160930-loitering-prostitution-new-york-state.pdf.
7 “Sex Workers at Risk: Condoms as Evidence of Prostitution in Four US Cities,” Human Rights Watch, July 19, 2012, https://www.hrw.org/report/2012/07/19/sex-workers-risk/condoms-evidence-prostitution-four-us-cities.
8 New York State Division of Criminal Justice Services, Computerized Criminal History File, last modified July 17, 2020. The gender of those arrested is difficult to determine, as the state’s criminal justice records define gender using a binary model, and it is unclear whether police officers correctly identified the defendants’ gender in reports.

Download PDF: Loitering for the Purpose of Prostitution (LPP)
TAKE ACTION
MORE BRIEFING PAPERS
Receive DSW’s national monthly newsletter
Highlights the most important developments relating to our efforts to end the prohibition of prostitution and improve the policies relating to other forms of sex work in the United States