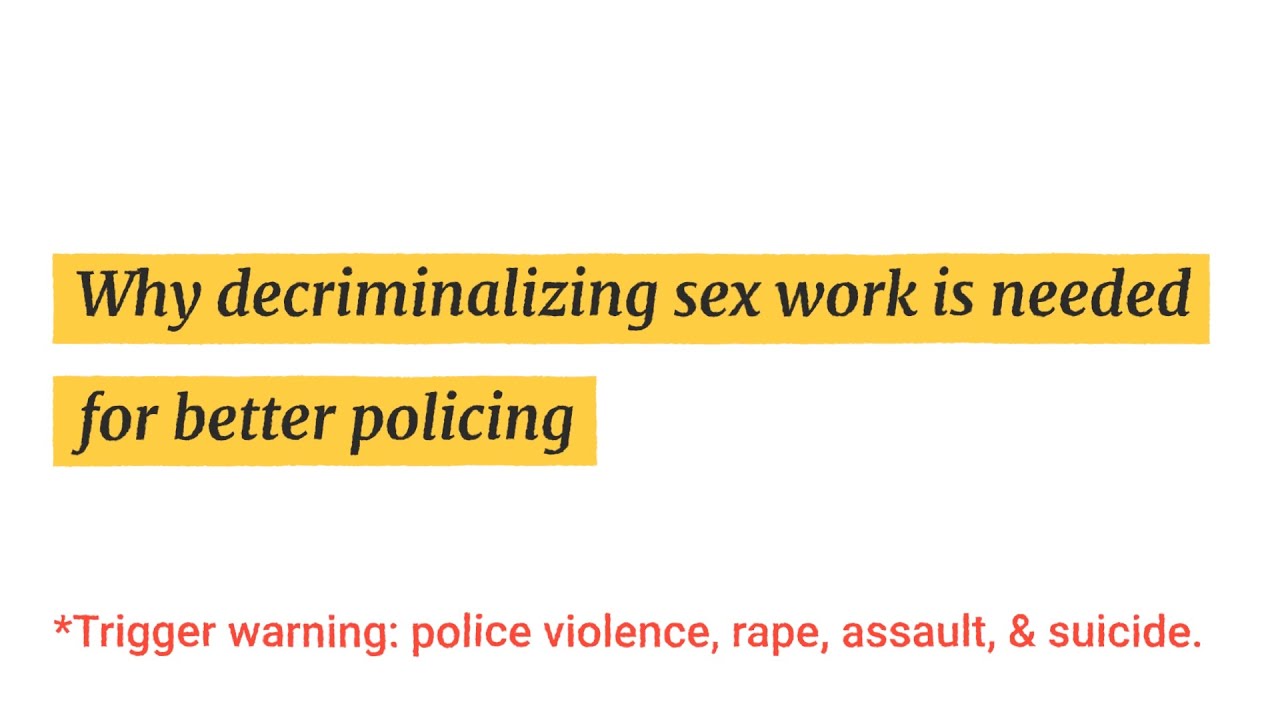 ♦ Preventing survivors of rape and human trafficking from reporting crimes committed against them.

The criminalization of prostitution is a basis from which unethical police engage in criminal behaviors, including corruption, robbery, sexual assault, and even murder of sex workers and their clients. Research has found that misconduct is rampant within police departments.1

♦ In 2017, New York City police Detective Wayne Taylor coerced a 13-year-old runaway into prostitution, trafficking her. Prosecutors say about 20 men paid Taylor for sex with the victim. He had served in the department for 14 years.3

♦ In 2017, Song Yang leapt to her death to avoid arrest by New York City vice raiding the massage parlor where she worked.4 Months before her death, she had been sexually assaulted by an NYPD officer at gunpoint. When she reported it and identified her assailant, no effort by the police department was made to follow up. Instead, they began harassing Song Yang to become an informant,5 ultimately leading to her death.

♦ In 2018, Andrew Mitchell, an undercover Columbus, Ohio, police officer, shot and killed 23-year-old sex worker Donna Dalton (a.k.a. Donna Castleberry) while they were in an unmarked police car.6 He has been indicted on murder charges. He was also arrested by the FBI for kidnapping and raping other sex workers.7

Departments across the country often mark crimes committed against sex workers and other “undesirables” as “NHI” (“no humans involved”), which deprioritizes their cases even if a sex worker was a victim of brutal rape or murder.9

Because sex workers — including trafficked minors — are viewed as criminals, they become easy targets for abusive behavior at the hands of law enforcement. For example, in 2015, the Oakland, California, and neighboring police departments suffered a demoralizing and horrific scandal.10 One Oakland police officer’s suicide note indicated he had been having sex with a trafficking victim, Jasmine Abuslin (a.k.a. Celeste Guap). As a minor she was raped by at least three different police officers. A reported 29 officers engaged in sex with her by the time she was 19 and news broke of the matter. The investigation led to criminal charges against seven officers, numerous others were fired, and three chiefs of police resigned.

Under the guise of stopping human trafficking, police go to great lengths to arrest sex workers, in ethically questionable manners. The most frequent targets of these raids are Asian-owned massage parlors. Police spy on the massage rooms, invade privacy by installing hidden cameras, and watch innocent people in private rooms get naked. Rarely do these stings uncover actual human trafficking.11 Worse yet, while technically illegal in all 50 states,12 undercover cops have sexually assaulted sex workers and then arrested them — without facing consequences.13

Law enforcement resources and time are misspent going after consenting adults for private behavior. These enormous costs include paying for surveillance, arrests, processing, court staff, prosecutors, judges, and more. The costs are rarely, if ever, recovered from those who are convicted. This wasting of resources is not only harmful to those they arrest, but also prevents police from addressing more violent crimes such as human trafficking. If prostitution were fully decriminalized, law enforcement could focus on targeting trafficking and other violent crimes. Resources could be redirected to provide survivors the support they need.

In 2003, New Zealand passed the Prostitution Reform Act. The PRA made New Zealand the first country to fully decriminalize sex work. Since then, relationships with police changed for the better. Rather than being targeted and prosecuted, sex workers are now protected by law enforcement. Violent clients can be reported to the police, and violence has been reduced.14

Download PDF: Decriminalize Sex Work for Better Policing
TAKE ACTION
MORE BRIEFING PAPERS
Receive DSW’s national monthly newsletter
Highlights the most important developments relating to our efforts to end the prohibition of prostitution and improve the policies relating to other forms of sex work in the United States